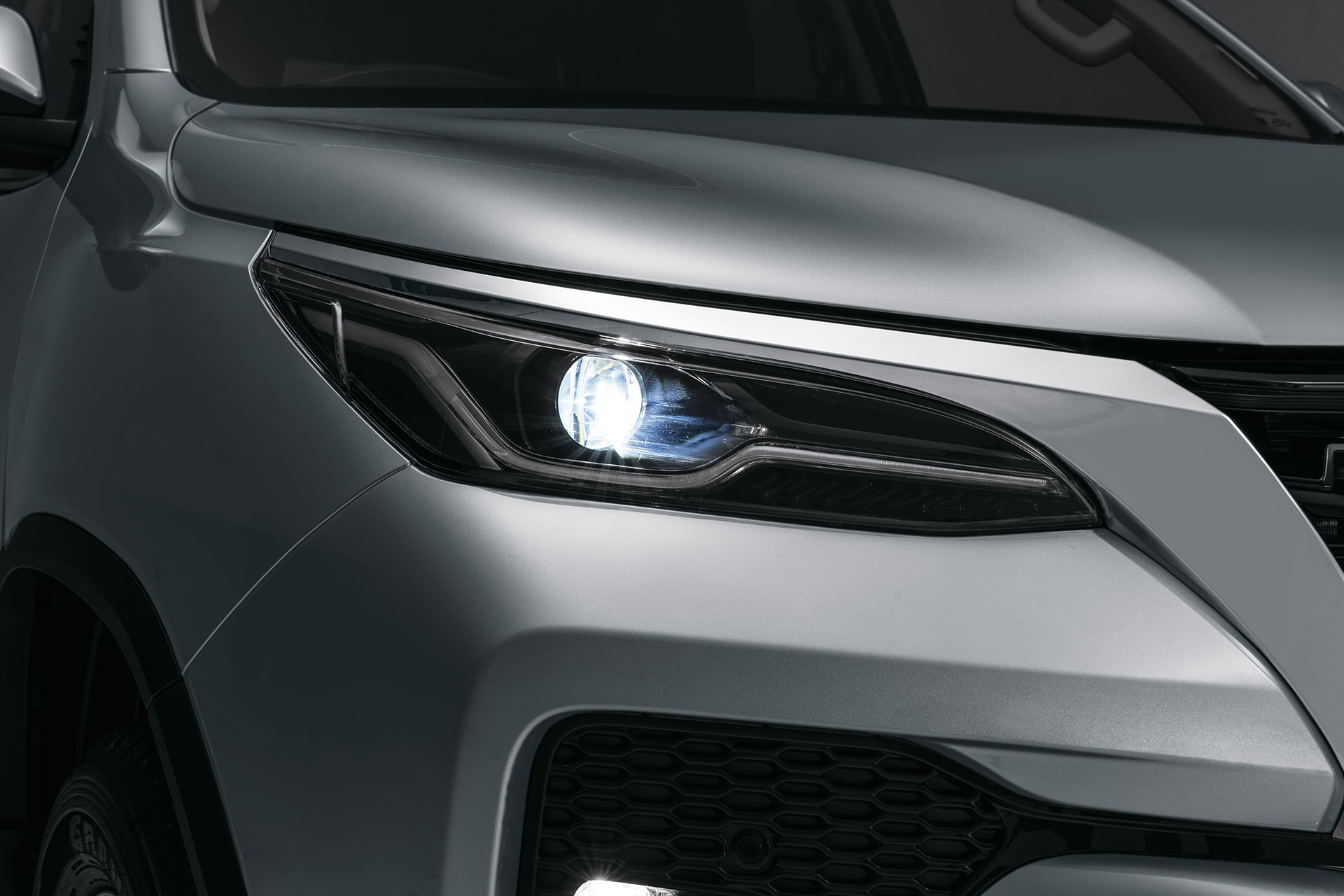 Hardly a stone has been left unturned when Toyota unveiled the new Fortuner series. Especially given the fact that the Toyota Fortuner enjoys a reputation as one of the most renowned SUVs in the country, it is bound to be placed under even more intense scrutiny. The manufacturer has risen to the occasion in terms of delivery as it is in the finer details of the Toyota Fortuner’s specifications that we understand how it has risen to the top of the ranks.

There is no doubt that Toyota has taken a comprehensive approach when it came to the design of the new Toyota Fortuner. The SUV checklist is an almost infinite one that ranges from exterior to interior, comfort, tech, and performance. Toyota may have embossed the new range’s exterior with sleek lines that nudge it into the luxury space, but do not let it deter you from what is happening beneath the hood. 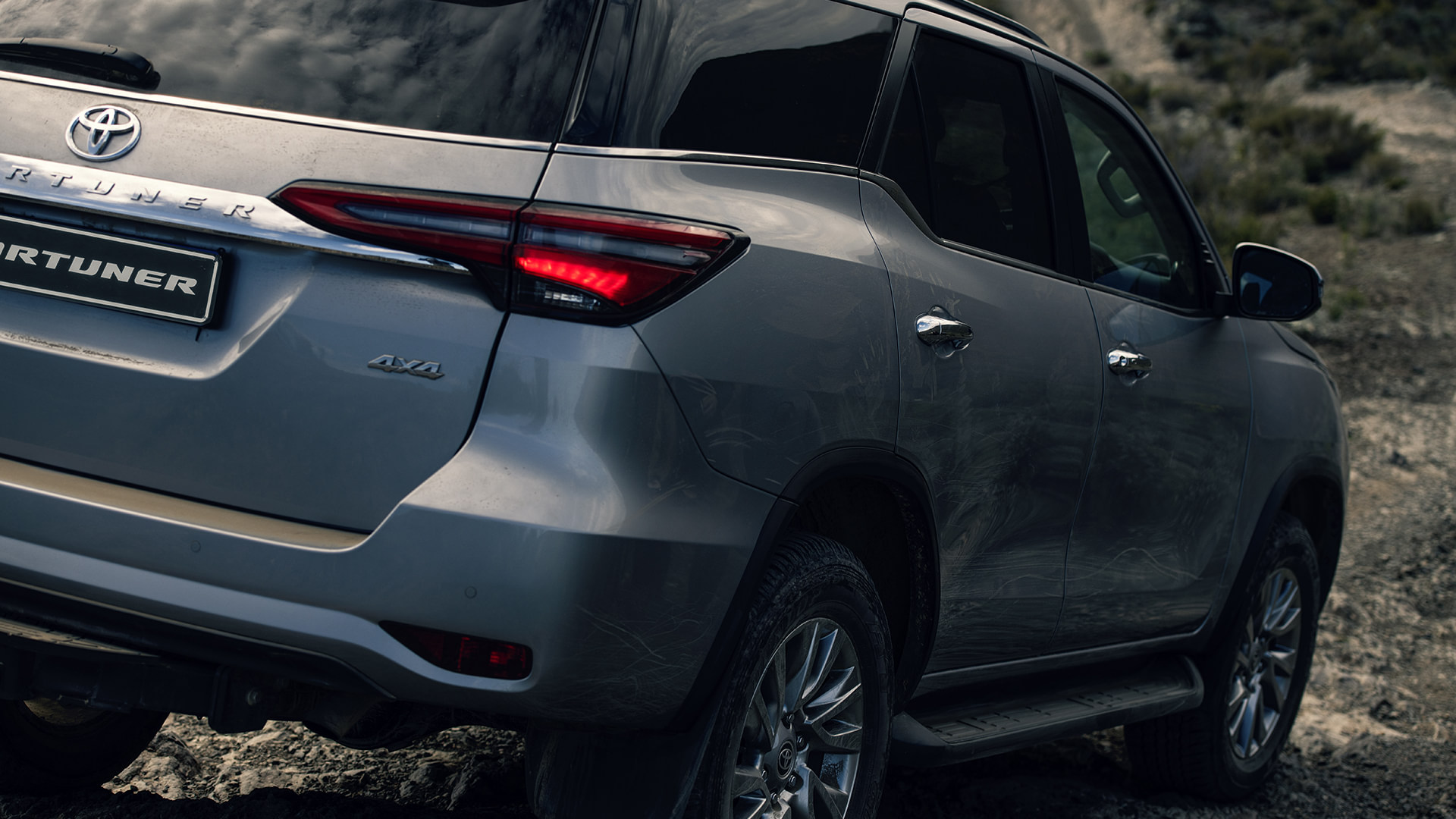 For a crisp overview of the new refined exterior specifications of the all-new Toyota Fortuner, have a look at our Youtube video below:

The Toyota Fortuner still remains a beast. Its 2.8l turbodiesel engine can still produce up to 150kW worth of power and 500Nm of torque. It is a performance that ensures that the Fortuner is suited to any surface or terrain, whether it be in the 4x2 or 4x4 model.

Refer to the below video which covers the engine specifications of the all-new Toyota Fortuner:

The range has also allowed Toyota to introduce a new member to the Fortuner family, namely the new VX flagship model, which embodies all the ethos that this iconic brand has become known for. Let us explore the performance, technology, and drivel more closely. 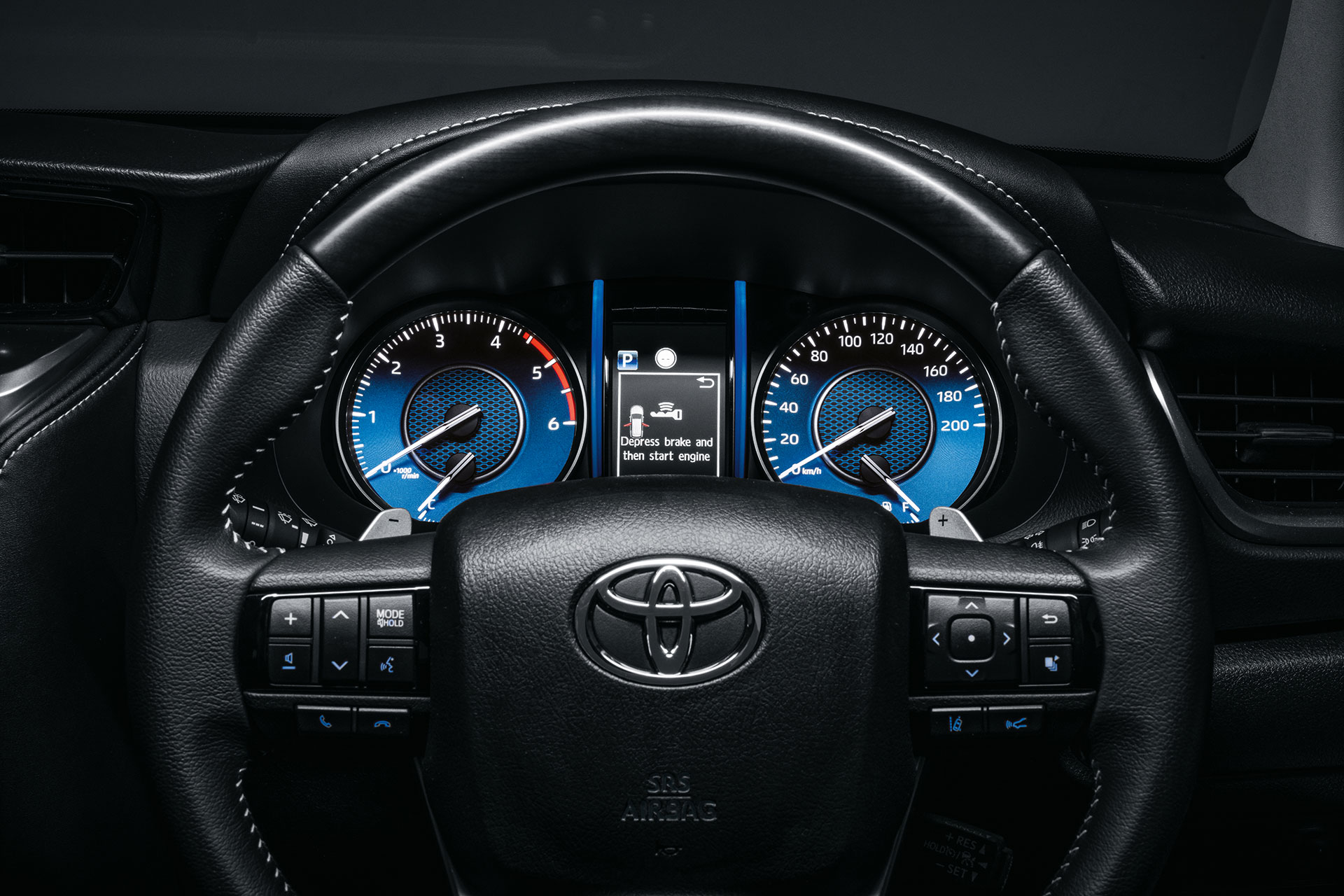 The new additions to the Toyota Fortuner family are available in 7 different variants:

Our new Fortuner boasts a formidable 2.8l upgraded turbodiesel engine that enables the vehicle to be suitable for all surfaces. On the lower end of the range, models come available with a 2.4l engine that has an output of 110kW of power and a total of 400Nm of torque. Equally as impressive as the upgrade with the engine specifications is that the Toyota Fortuner has also been designed to be incredibly fuel-efficient.

There is also a focus placed on ensuring a more balanced and nuanced drive with the integration of variable flow control power steering. This technology is supported by a range of driver-support systems. Many of these innovations cater to the Toyota Fortuner’s offroad capabilities and include items such as Downhill-Assist Control, which ensures that the wheels of the vehicle do not lock when the driver is navigating a descent. There is also the ever-useful Hill-Assist Control, which prevents the vehicle from rolling back on a steep incline. 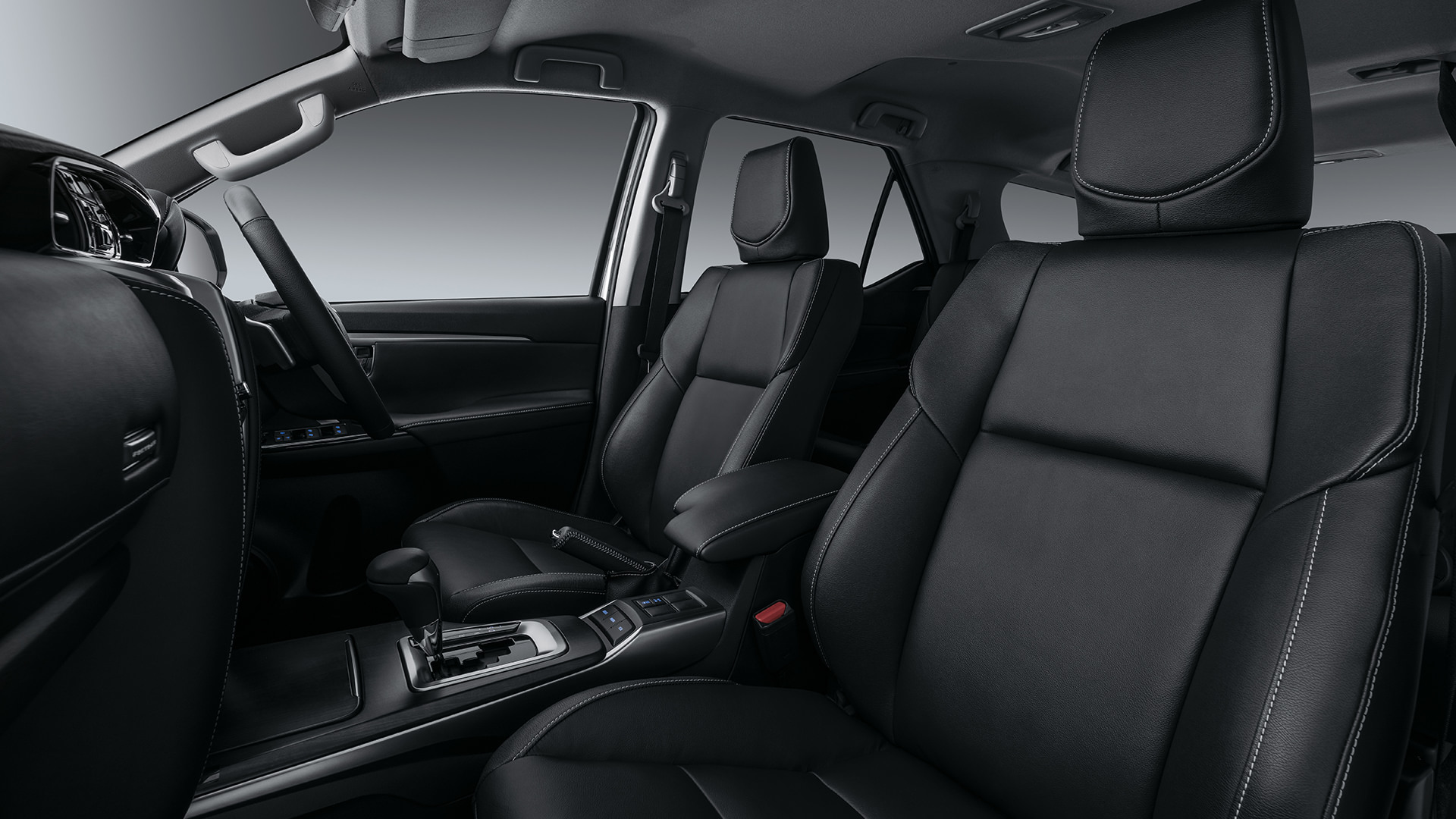 Toyota has also ensured that there are innovative touches within the dimensions of the interior cabin. Selected models come equipped with convenient dual-zone air conditioning, whilst the seats are fitted with ISOFIX child seat anchors. There is also the inclusion of the recognizable Multi-Information Display which is available in high resolution. The addition nudges the cabin into a luxury space. Models are furthermore fitted with 11” JBL speakers and a multimedia system that allows smart devices to link to it via Android Auto and Apple CarPlay.

For a more detailed and comprehensive guide to the specifications and dimensions offered by the new Toyota Fortuner, download our brochure here. Why not book a test drive and experience this beloved SUV yourself? Locate your nearest approved CFAO Toyota Approved Dealership and put the new Toyota Fortuner through its paces. Let’s explore the different variants a little more closely. 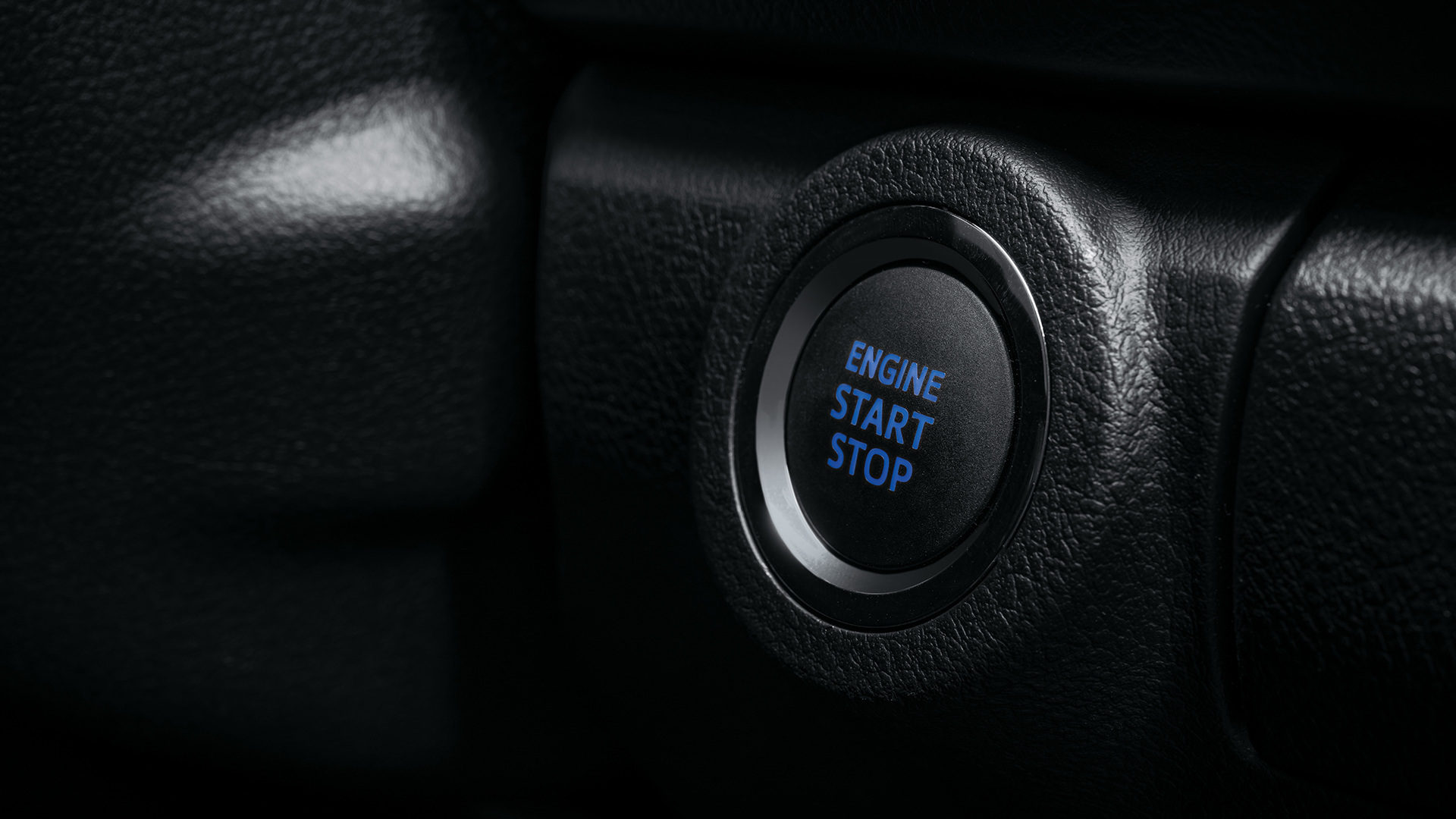 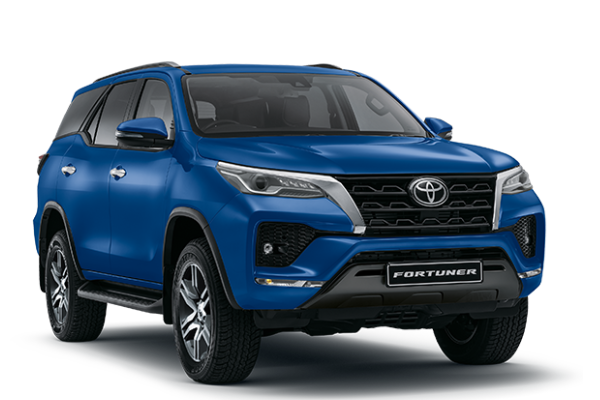 As the first model in our range, the Toyota Fortuner 2.4GD-6 R/B comes standard with 400Nm worth of torque and a Push/Start Starting System. 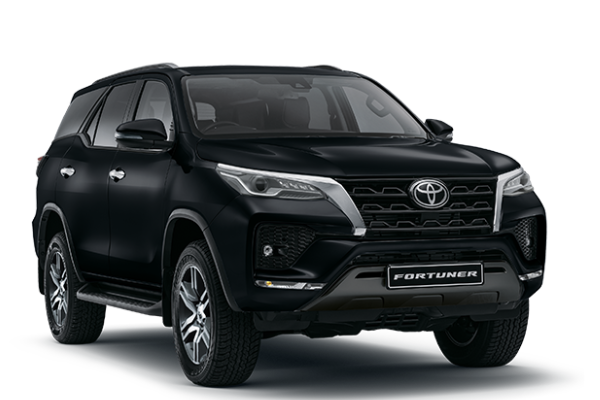 Next in our range is the Toyota Fortuner 2.4GD-6 R/B A/T, which is equipped with a diesel fuel system and turbocharger. 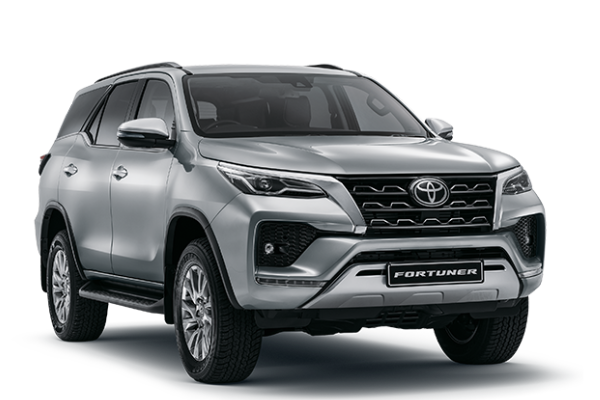 The third model in our range, the Toyota Fortuner 2.4GD-6 4x4 A/T. It comes equipped with an automatic transmission and push/start starting system. 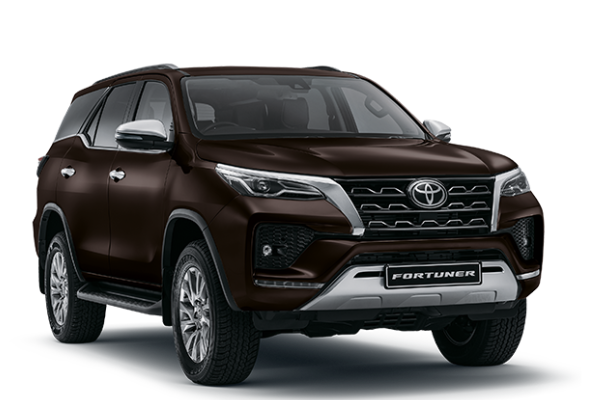 Coming equipped with 18” alloy wheels and a 1 835mm height dimension, the Toyota Fortuner 2.8GD-6 R/B A/T is the fourth model in our new range. 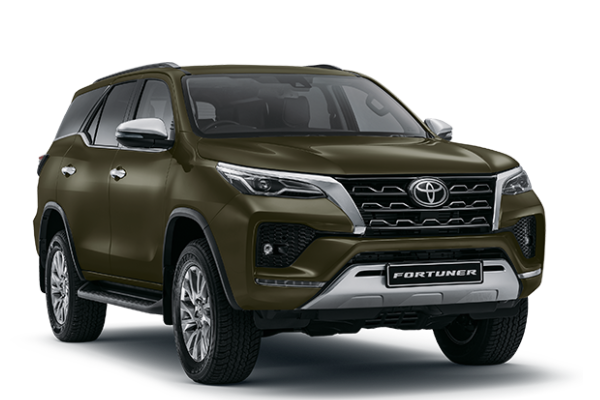 There are extras aplenty aboard the Toyota Fortuner 2.8GD-6 R/B VX A/T. This model comes standard with a paddle-shift transmission and packs 500Nm worth of torque. 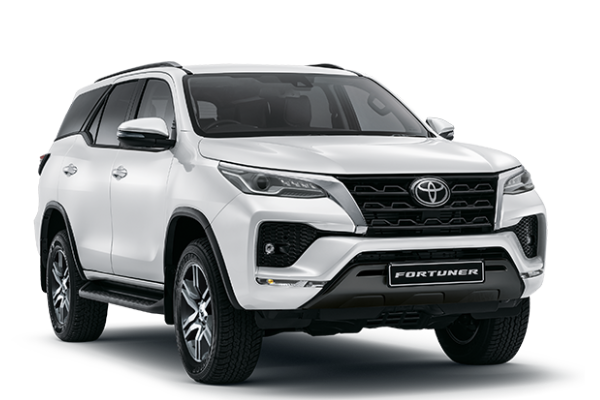 The Toyota Fortuner 2.8GD-6 4x4 A/T has a diesel-driven fuel system and has a maximum torque of 500Nm.

The Toyota Fortuner 2.8 GD-6 4x4 VX A/T is one of our models at the top of our range, and comes standard with 18” alloy wheels and 6-speed automatic transmission.

Is the Toyota Fortuner equipped with a turbo?

Indeed it is. All the latest models come standard with a turbocharged engine.

Which one of the Toyota Fortuner variants is the most popular?

New car sales figures have indicated that the Toyota Fortuner 2.4 GD-6 Automatic model is the most popular model amongst consumers.

What is the Toyota Fortuner’s top speed?

The fastest recorded speed of the latest Toyota Fortuner is 176km/h.

Why has the Toyota Fortuner gained so much prominence over the past few years?

The versatility of the vehicle and its capabilities on and offroad has led to its popularity. It also has an amazing re-sale value in comparison to competitors and the vehicle is often spotted in convoys for politicians.

Are the Toyota Fortuner and Toyota Hilux the same vehicle?

The two models are not the same, however, the Toyota Fortuner bears the same reinforcements that the Toyota Hilux does. It also has amazing offroad capabilities.

Have Your Cake And Eat It 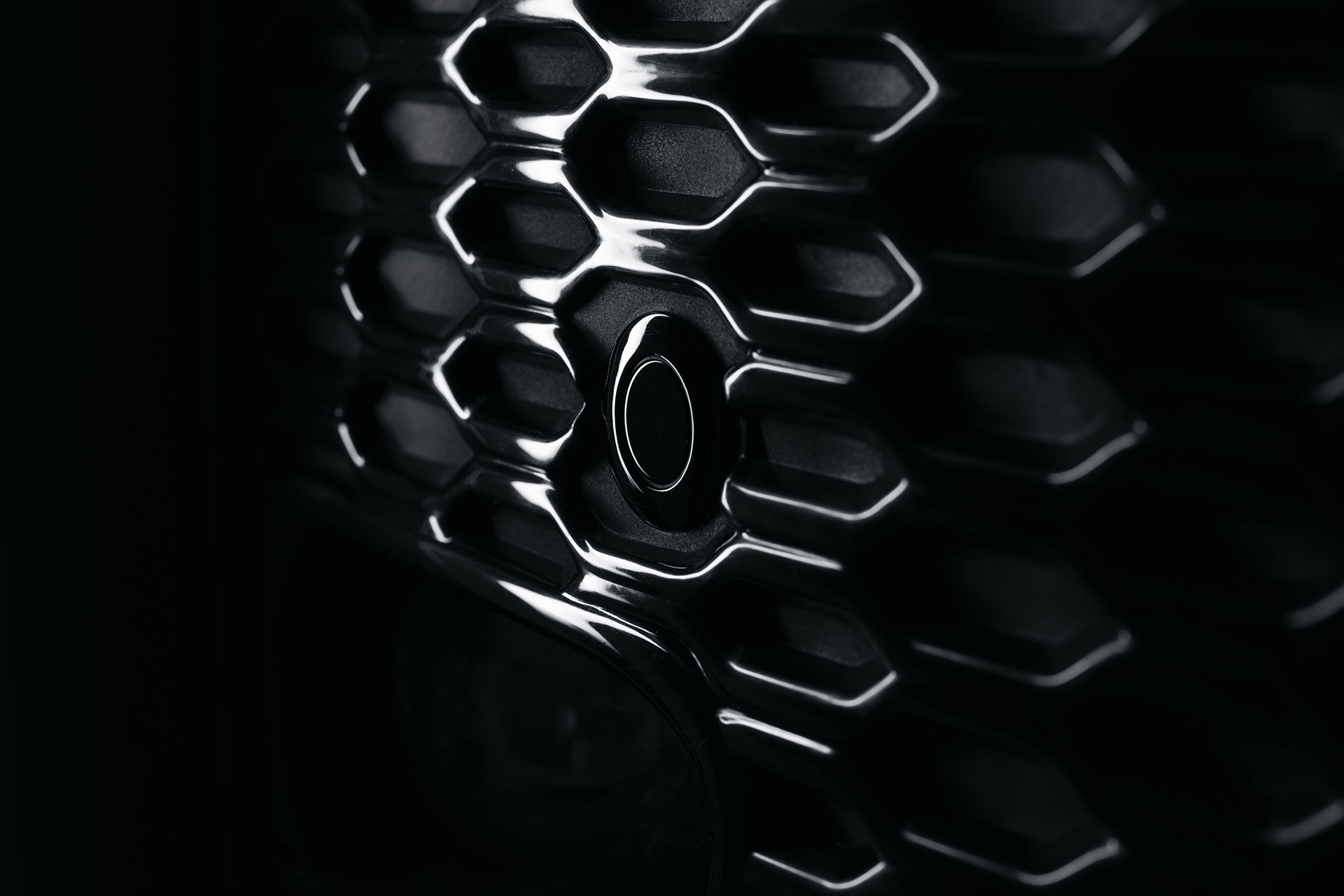 If the Toyota Fortuner were, in fact, a cake, it would no doubt be the decadent kind. Toyota was not aiming for a minimalist or understated look and feel with the new range. It is a smorgasbord of tech and innovation, enhanced performance, and renovated exterior. It is a mark of how serious the manufacturer takes the reputation of one of its flagship brands. It is also an indication that Toyota will do many things, but resting on its laurels is not one of them.

By comparison, the Ford Everest may come laden with similar options but is lacking somewhat with its Driver-Assist technology. The Nissan Patrol sips heavily instead of economically on fuel, whilst the Chevrolet Trailblazer is not widely available.

To enquire more about the new Toyota Fortuner, download our brochure here. Also, feel free to get in touch with us or visit your closest approved CFAO Toyota Dealership.

Read More About The Toyota Fortuner