It's Time for the Toyota Corolla Cross Review

If business and pleasure are generally crossed, then Toyota has done so with blasé confidence when it comes to the new Corolla Cross. It’s time to get into a vehicle with state-of-the-art safety, conveniently paired with style. Able to go where most urban cars can’t, the Cross pushes preliminary boundaries by beating its rivals with silence.

To the first-ever Toyota Hybrid that has been manufactured in South Africa, say “Hello”, and hello to the future while you’re at it, as the Corolla Cross invites you to venture with seamless in-car Wifi as you traverse the cliffs towards your new horizon.

How’s the Performance of the New Cross?

Crossed with power and efficiency, this vehicle inherits its responsibility from its all-new configuration.

A four-cylinder, fuel injection 1.8L petrol engine working off a continuously variable transmission (CVT) hits the right spot every time. The vehicle’s fuel consumption measures in at 6.8L per 100km with its CO2 emissions at 145g/km CO2.

With regard to the Hybrid models, their power reaches 72 kW when doing 5 200 r/m. Their torque packs a punch with a record measure of 142 Nm when doing 3 600 r/m. The average fuel consumption of the hybrid models are 4.3L /100km with CO2 emissions still at 98g/km.

View the latest test drive video as South African sports broadcaster, mom and entrepreneur, Cindy Poluta takes the all-new Toyota Corolla Cross out for an urban escape. This is what she loves about the latest hybrid from Toyota.

Android Auto and CarPlay can be linked to smart devices through the MyToyota App on Xs and Xr models, which then mirror your phone on the touchscreen in the centre of the car. It features Bluetooth and Audio whilst being responsible for the rearview camera.

With a 12V power outlet, the Xs and Xr models come with three USB ports while enjoying full internet access through in-car Wifi and a host of other apps and tools. 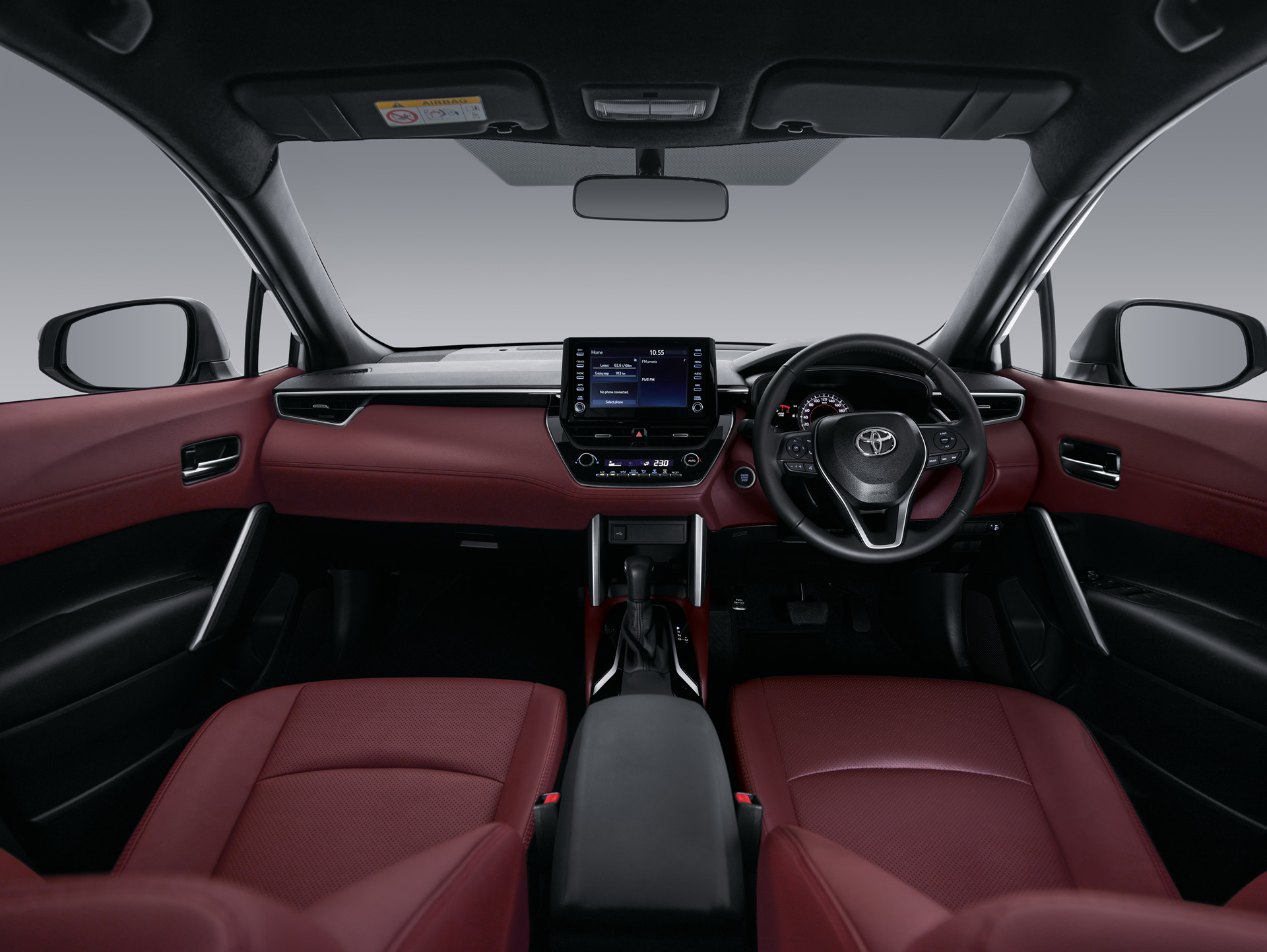 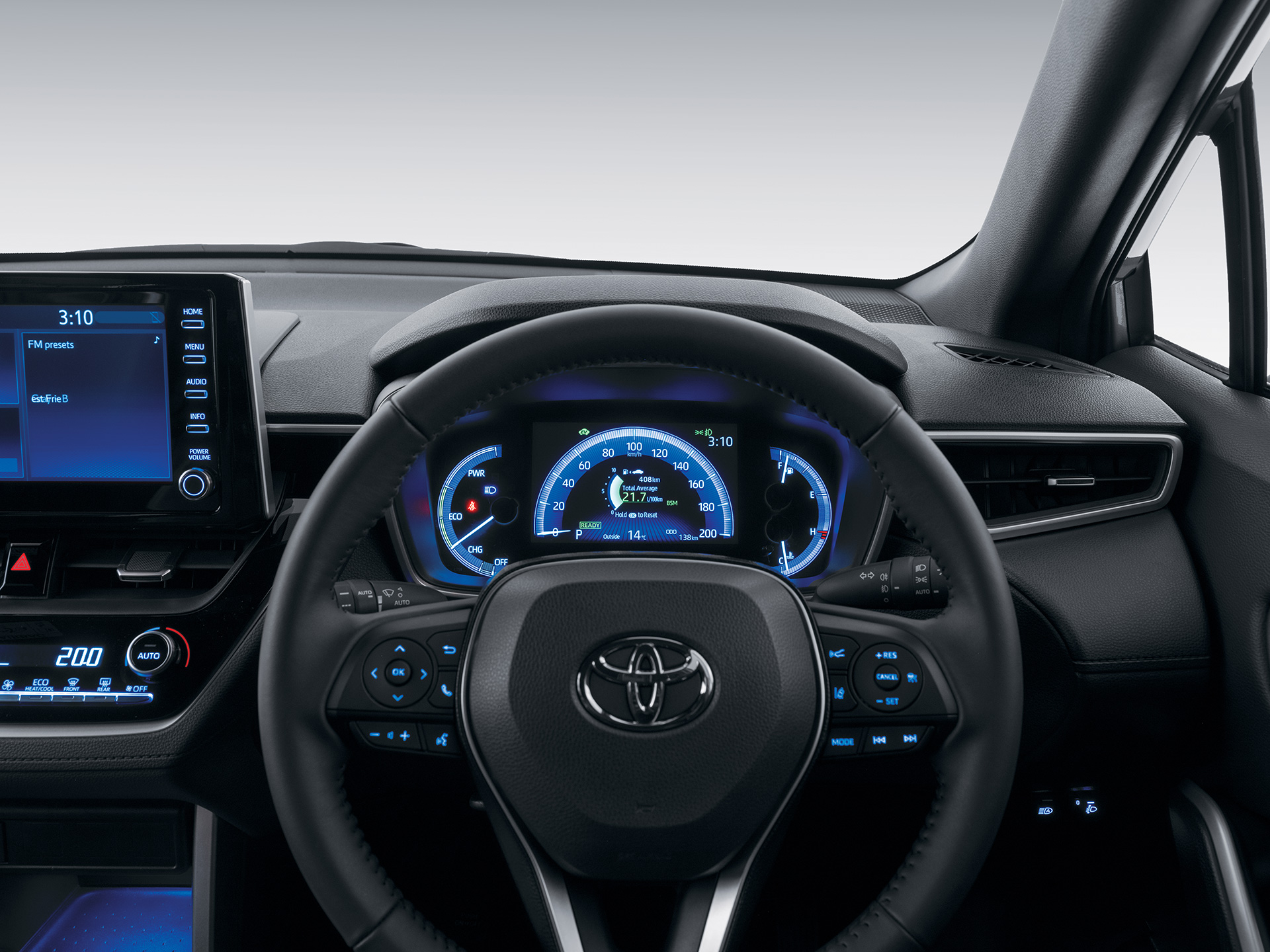 Able to load all you need, the boot’s capacity is an inspiring 440 litres, designed for complete comfort. Terra Rosa partial leather is what covers the electronically operated seats that are inside all the Xr models of the new Toyota Corolla Cross. Black partial leather is what protects the seats of the Xs models of the new Toyota Corolla Cross, and the Xi models’ seats are covered with distinctly attractive cloth.

Automatic dual-zone air conditioning keeps the car at the perfect temperature, whether it’s hot or cold outside. If you wish to open a window on a scorching day to gather some fresh air in your new Toyota Corolla Cross, use the one-touch function for opening and closing the windows. 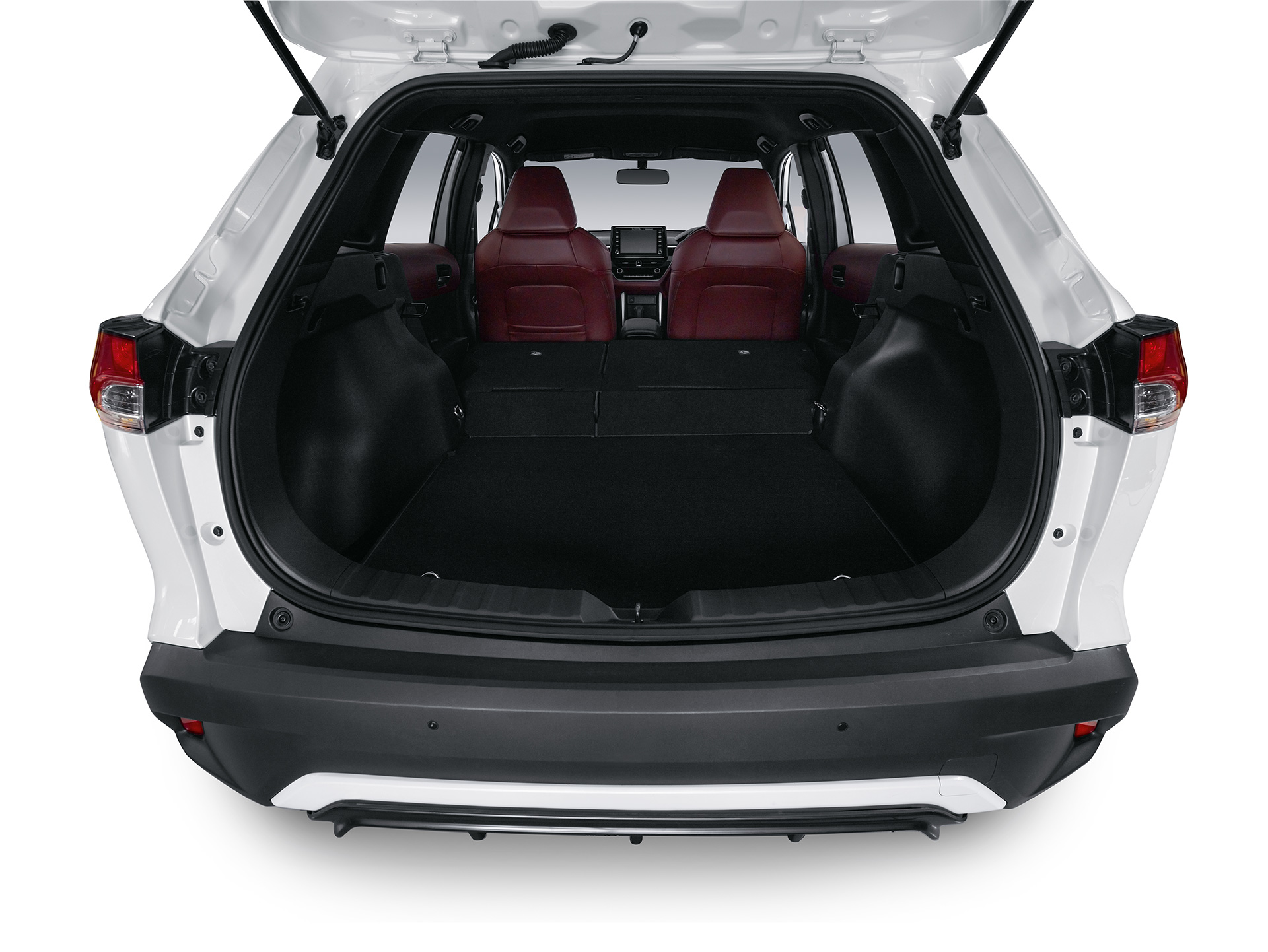 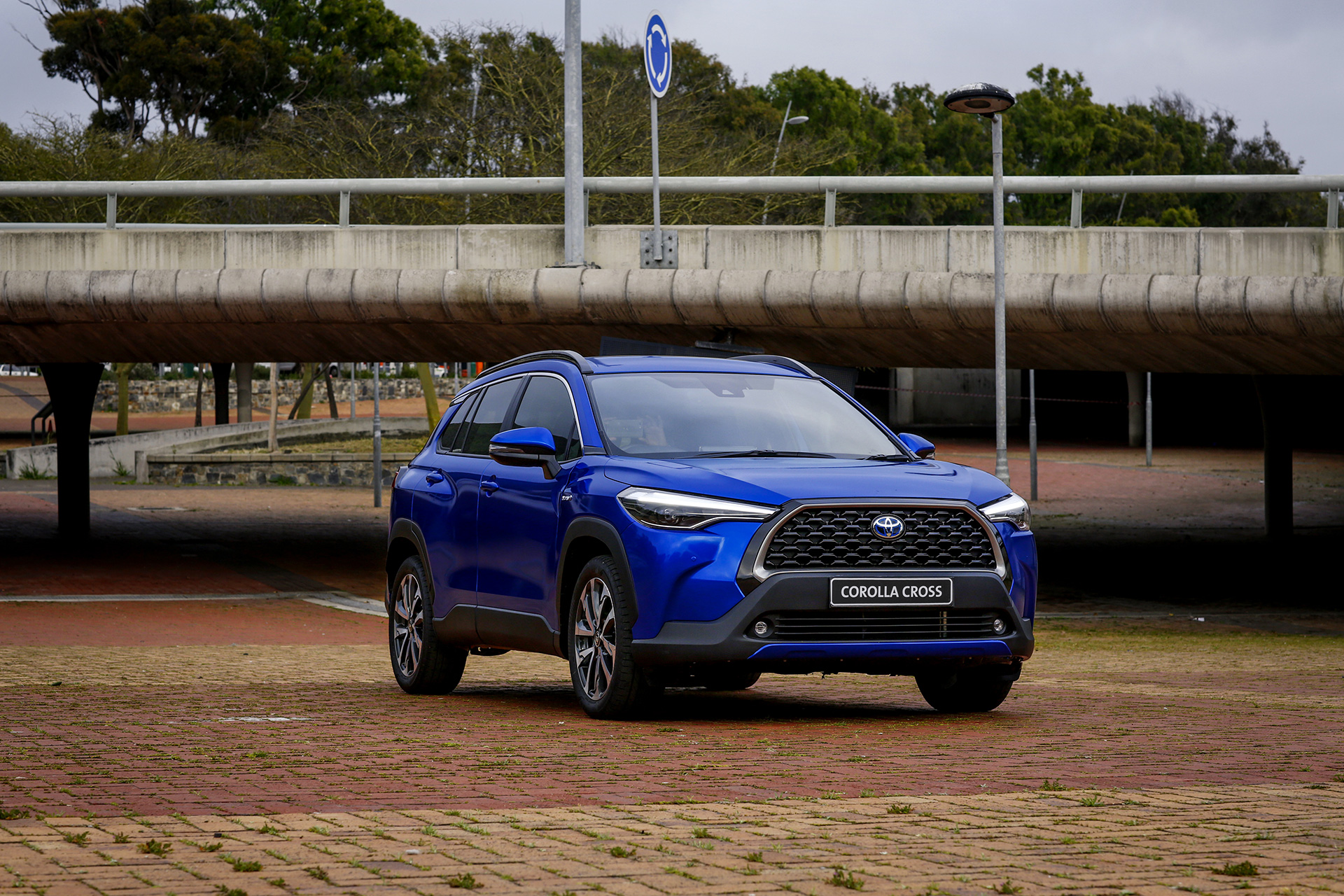 This vehicle is surrounded by the perfect combination of daytime running headlights and an automatic high beam. Stylish LED lamps surround a black-grey grille and round off the front end of this vehicle by completing the front end. Newer models of this vehicle have black-toned rear fog lamps that extend to the roof rails. A wide range of visual cues is presented by the C-pillar trim and the highly obtrusive fender flares, which contribute to the perception of the Corolla Cross' width on multiple levels.

HAC keeps the vehicle from rolling back when leaving a steep incline.

Both front and rear Park Distance Control (PDC) are included on the Corolla Cross Xs and XR models. A system of sensors in the bumpers of your vehicle continually scans for stationary objects in the vicinity. A sound goes off in the cabin when an object is detected near it, and its proximity is displayed on the infotainment screen.

With the addition of ISOFIX child restraint systems on the rear seats, the safety of young occupants has also been addressed. In order to prevent occupants from being injured by possible collisions, the front and rear seatbelts have force limiters and pre-tensioners.

Is the Toyota Corolla Cross bigger than the RAV4?

Is Corolla Cross the same as RAV4?

No, not in dimensions, nor in the interior or exterior or performance.

Is Corolla Cross bigger than the Corolla?

Yes, the Toyota Corolla Cross is significantly bigger than the Corolla.

Toyota Corolla Cross Price South Africa. For more information about the price of this vehicle, click on the link.

Toyota Corolla Cross Specs. For more information regarding the specs of this vehicle, click on the link.